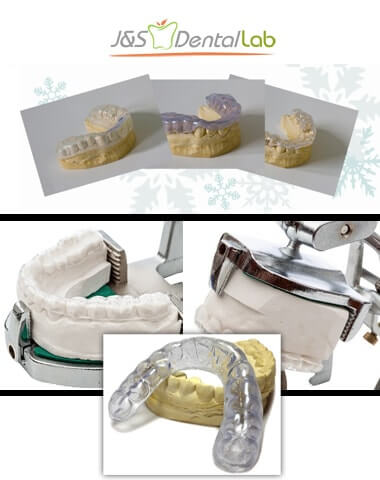 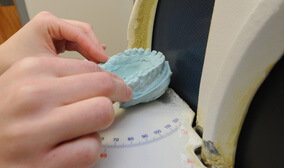 For those who are suffering from bruxism, or tooth grinding, a night guard can help to protect your teeth from harm. Though mouth guards will not totally cure your grinding, they can certainly help to keep your teeth from getting ground down. Though there are a number of night guards on the market, J&S Dental Lab night guards are some of the best for a number of reasons. By learning more about what J&S Dental Lab with 20+ years of experience, can offer when it comes to night guards, you will be able to determine if one of these guards is right for you.

The first thing that potential buyers should know about J&S Dental Lab night guards is that they are custom made. This means that they will be professionally created in a laboratory setting based on an impression of your own teeth. This will give a perfect fit, something that one-size-fits-all dental guards cannot offer.

When you purchase the J&S Dental Lab night guard kit, you will not get a night guard. Instead, you will get an impression kit. 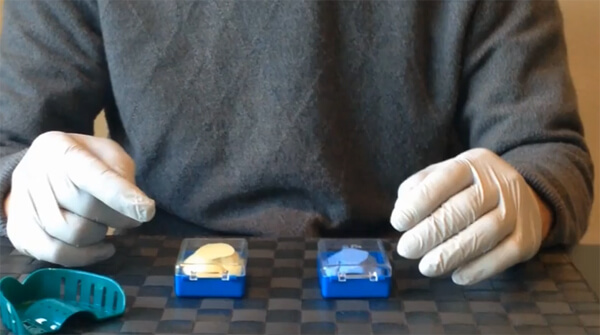 Making the impression will only take about 5 minutes of your time. Once the impression has been done, you will send it to the lab where professionals will create your night guard.

How do I Use the Impression Kit?

Once the impression material has hardened, you will mail it to J&S Dental Lab for processing. It typically takes 10 days for your finished night guard to be sent back.

There are five different J&S Dental Lab night guards available for different needs and all are made from a number of materials for the best fit with the most comfort. Depending on the mouth guard you choose, there are both hard guards and softer ones, as well as those that are a hybrid of hard and soft. These guards allow you to grind against the guard, not your own teeth, day or night.

The 0.120″ soft night guard from J&S Dental Lab is ideal for light grinders who grind primarily at night. This is a night guard that is made of a soft, dual-laminate material known as ProFlav. It is FDA approved and soft on both sides. This night guard is available in both upper and lower versions and will last anywhere from six months to two years with proper care. 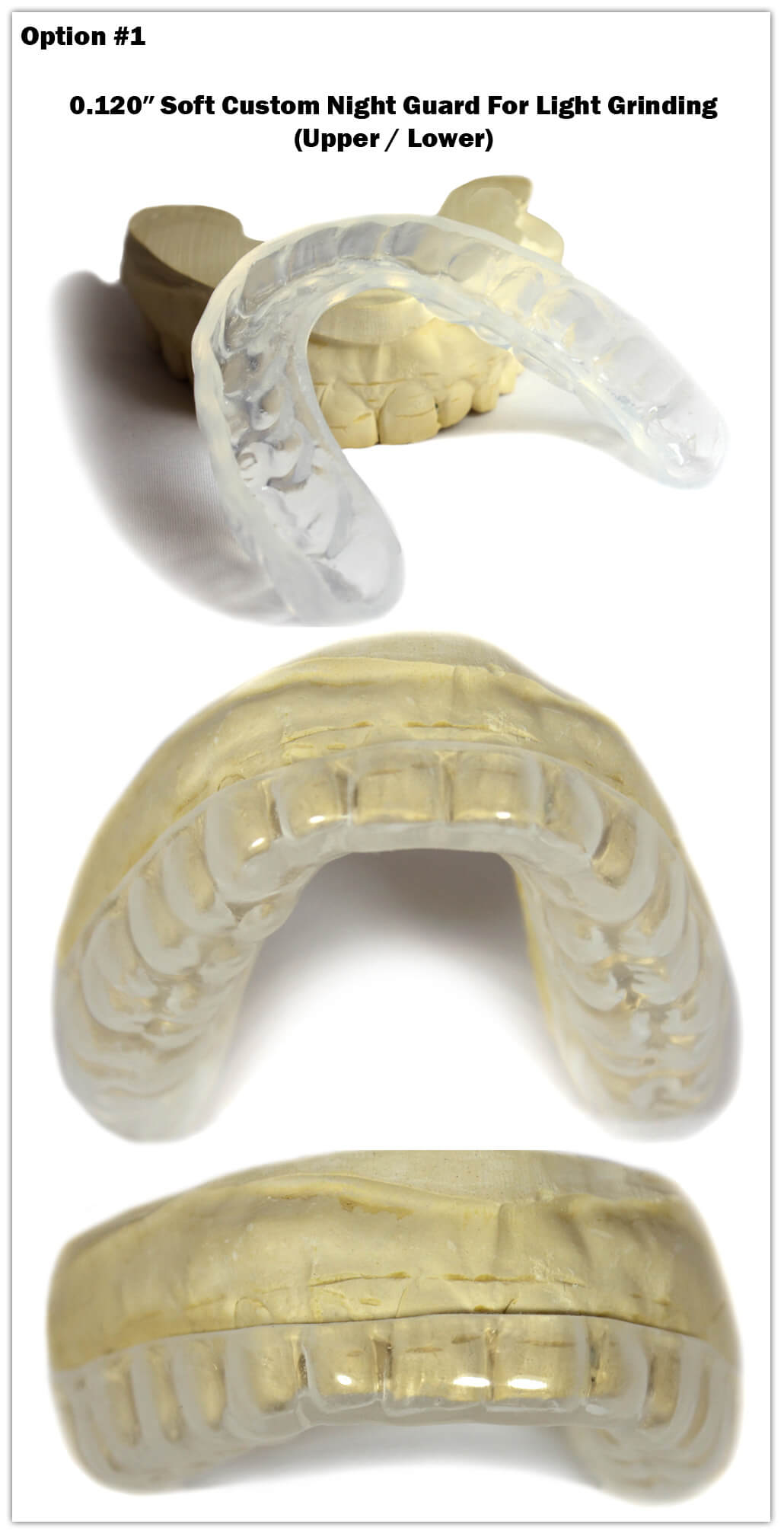 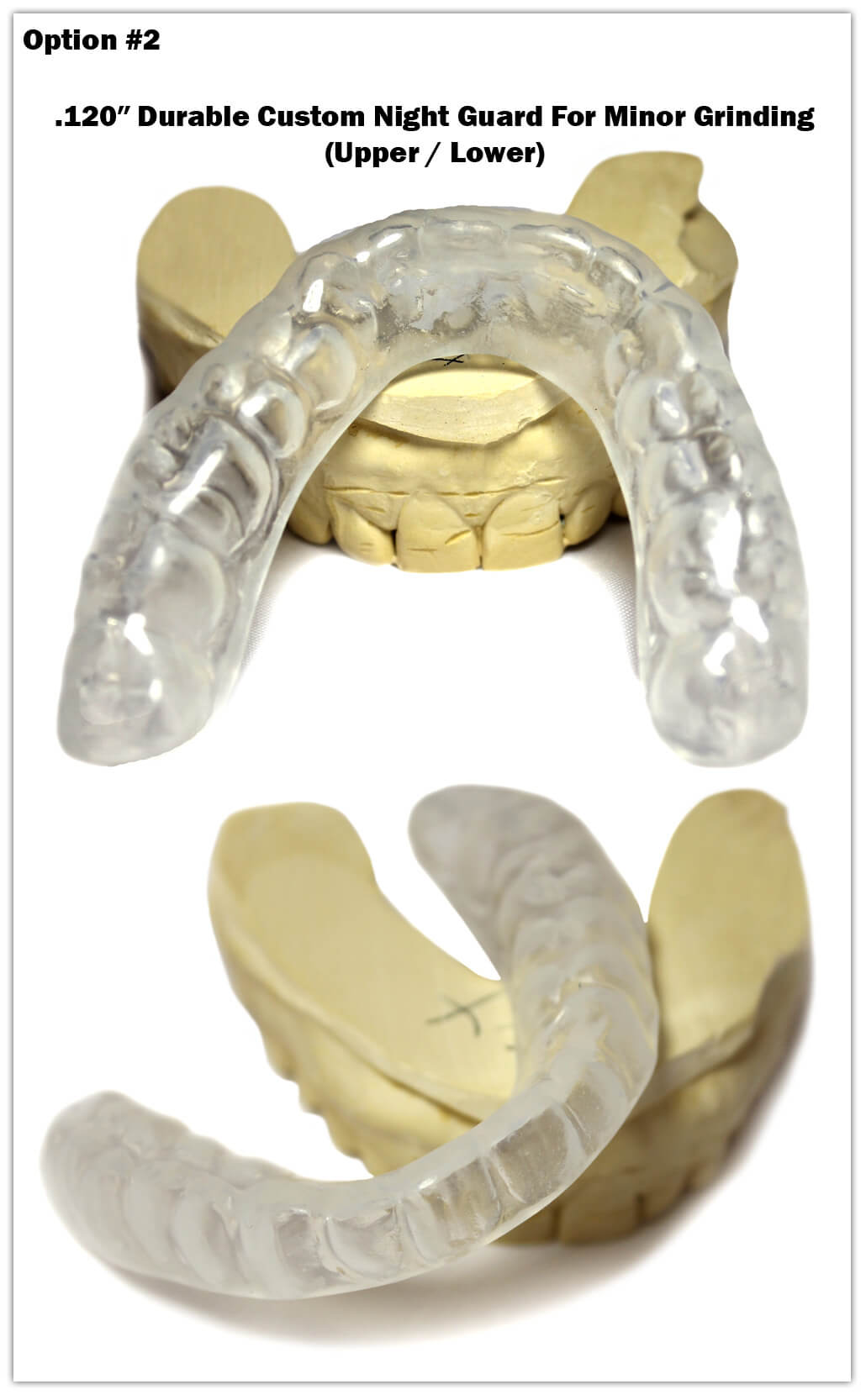 The hard custom night guard is made of two different materials that have been combined into one, seamless piece. This night guard is hard on the outside but soft on the inside which makes it unique and comfortable. This is a mouth guard that is ideal for those who do a moderate amount of grinding at night and you can expect this night guard to last from one to three years with proper care.

Though most people grind at night, those with more severe grinding issues will also grind during the day. This is where the custom day guard from J&S Dental Lab will certainly come into play. This mouth guard is made of hard acrylic, but is thin making it perfect for those who are light day grinders. This mouth guard will last from about six months to a year.

How to Choose The Right Model? 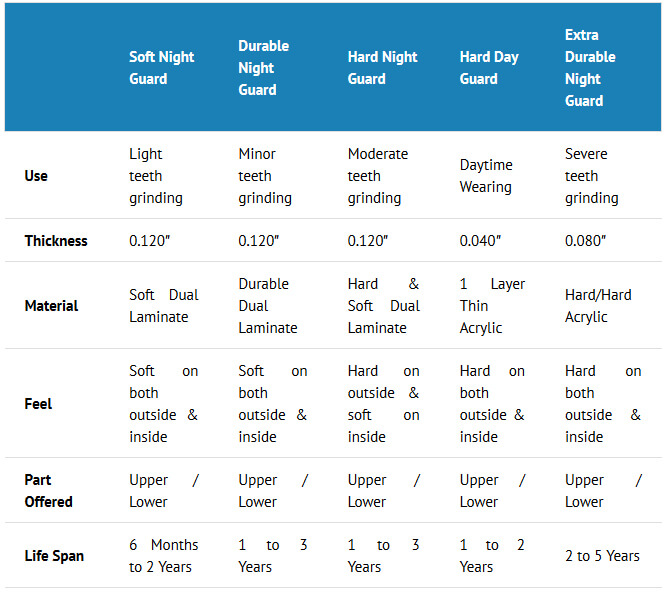 How do I care for my J&S Dental Lab mouth guard?

Will my night guard fit?

Since the night guards from J&S Dental Lab are custom made, the chances of the night guard not fitting will be close to zero percent. However, if it doesn’t fit, the fault typically lies in the quality of the impression. Keep in mind the night guard is designed to be tight and it can take a few nights to get used to wearing it.

How do I know which J&S Dental Lab night guard to order?

Since there are five different J&S Dental Lab mouth guards to choose from, it is possible that you might be confused about which is right for you. Depending on the type of grinding you do, from light grinding once in awhile to heavy grinding and clenching day and night, you should carefully read the descriptions on the website to find the guard that is right for you personal situation.

We value your input and would appreciate learning about your experience and suggestions. Your own review and feedback would help other people with bruxism to chose the best guard for their needs. These are the reviews and testimonials we received from the real users of the J&S Dental Lab Custom Night Guard customers. We hope that they will help you decide if this is the right product for you.

Sleep Apnea vs. Bruxism - Is There a Link Between My Sleep Apnea and My Bruxism?

How to Avoid the Grind this Holiday Season